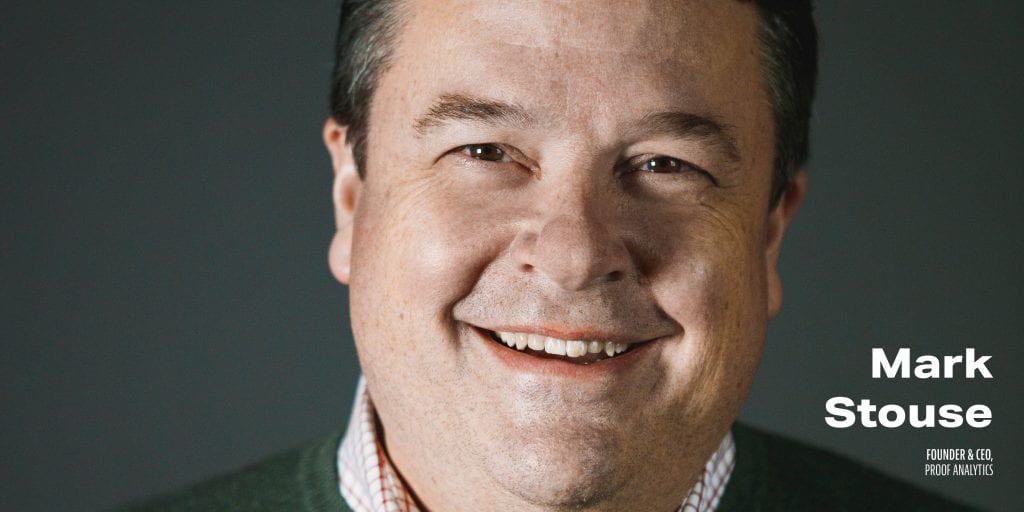 As Mark Stouse is a technology CMO turned software CEO of Proof Analytics, he has a different perspective from most CEOs when it comes to how sales, marketing, and account management teams need GTM and who should own it. Is it the CEO, CMO, CRO, or VP of Sales?

During this ABM podcast, Mark mentioned that the greatest lesson he learned is the lesson of “who”.

When you listen to this podcast with Mark Stouse, you’ll learn who needs to show up in the “battle “ for revenue growth as people are not interchangeable, how we need a one-team culture with the CEO at the help and how we need top-to-bottom and left-to-right alignment to achieve GTM goals faster. While many will argue that the CMO, CRO, or VP of Sales should own GTM, Mark believes that it’s the CEO as the CEO should be the focus point, the aligner, the direction setter, and the guardian of the culture and the brand who ensures that there’s a shared sense of purpose. This is important as GTM (just like ABM) is not just a sales and marketing function. We need to make sure processes and the experience that prospects and customers have actually back up our promises. We need to rethink our thoughts on value and how we should innovate it, improve it, protect it, communicate it, market it and sell it.

Mark mentioned that 90% of ABM programs are marketing automation tech-led where teams are misapplying the idea of personas making it harder to drive a consensus among decision-makers than if the ABM program didn’t exist at all. Your ABM program should have decision-makers and influencers thinking about each other’s issues as a team, which means rather than focusing on getting accounts into the pipeline you should be thinking about: